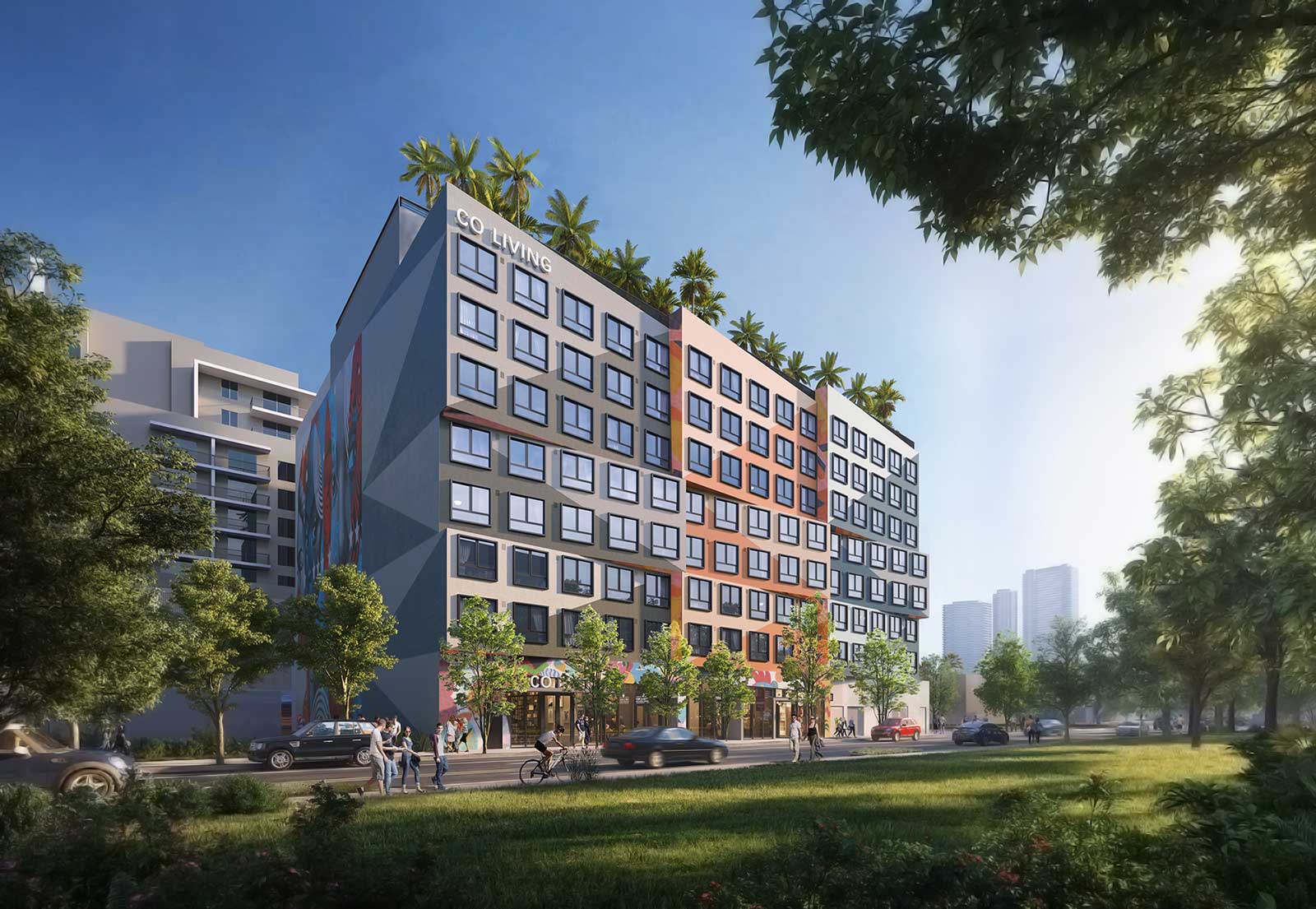 Another Co-Living Apartment Building is in the Pipeline for Wynwood

By Norbert KathrinerJanuary 31, 2020May 8th, 2022Uncategorized
No Comments

The project between 33-51 NW 28th St. will include 200 fully furnished units, according to a press release. The 8-story project will have 3,600 square feet of ground-floor retail space. Amenities include a gym and rooftop pool. The Related Group will develop the project with real estate investor the W5 Group. Related and W5 hired the Grove-based architectural firm Arquitectonica to design the building.

It will be another co-living building in Wynwood, behind the Property Markets Group and Greybrook Realty Partners project.

“As a Miami resident myself, I have witnessed Wynwood’s ascent with some interest,” said Ralph Winter, principal of W5 Group in the release. “However, as neighborhoods become more desirable, young people are often priced out. Co-living is an exciting proposition that offers tremendous value, enabling them to experience modern living in highly attractive units — all while meeting like-minded individuals and forming rewarding new bonds in coveted metropolitan areas.”

Co-living, or apartments building with micro units and shared amenities, including communal kitchens, is one way developers aim to resolve Miami’s growing affordability issue. Winter declined to share more details about the project, and Related executive vice president Jon Paul Pérez did not respond in time for publication. The W5 Group has offices in Switzerland, New York and Miami. It established its foothold in Miami Beach in 2009. The neighborhood continues to attract developers. A new hotel by the San Francisco-based Sonder team and an office building are also planned for Wynwood.